Heat Flux Sensors of HFX series – the series of high sensitive and self- calibrating miniature sensors for conductive, convective and radiation heat fluxes. The Sensors are developed as a series of a range of sizes: 7×7, 12×12, 17×17 amd 22×22 mm2. Optional dimensions (size and thickness) as well as customized performance parameters are available on request. The Sensors were developed for measurement of conductive, convective and radiation heat fluxes in a wide range of heat flux intensities. The high sensitivity of the Sensors of the series provides accurate experiments and data on objects of investigations.

The Heat Flux Sensors of the HFX series – the series of high sensitive and self-calibrating miniature Sensors. The Sensors were developed for measurement of conductive, convective and radiation heat fluxes in a wide range of intensities.

The Sensors have a square shape. Electric connections come from the parts by a miniature FEP Flat Ribbon Cable (0.025” Pitch, 32 AWG). The standard length is 180 cm (6”). The cable output is ended by a six-pin miniature connector of the type DFMC 0,5/ 6- ST-2,54 (Phoenix). Both sides of the Sensors are ceramics (AlN) covered with black paint stable for working in wet ambient and even under water.

Internal ambient of the Sensor is potted by a silicon compound of high temperature stability. 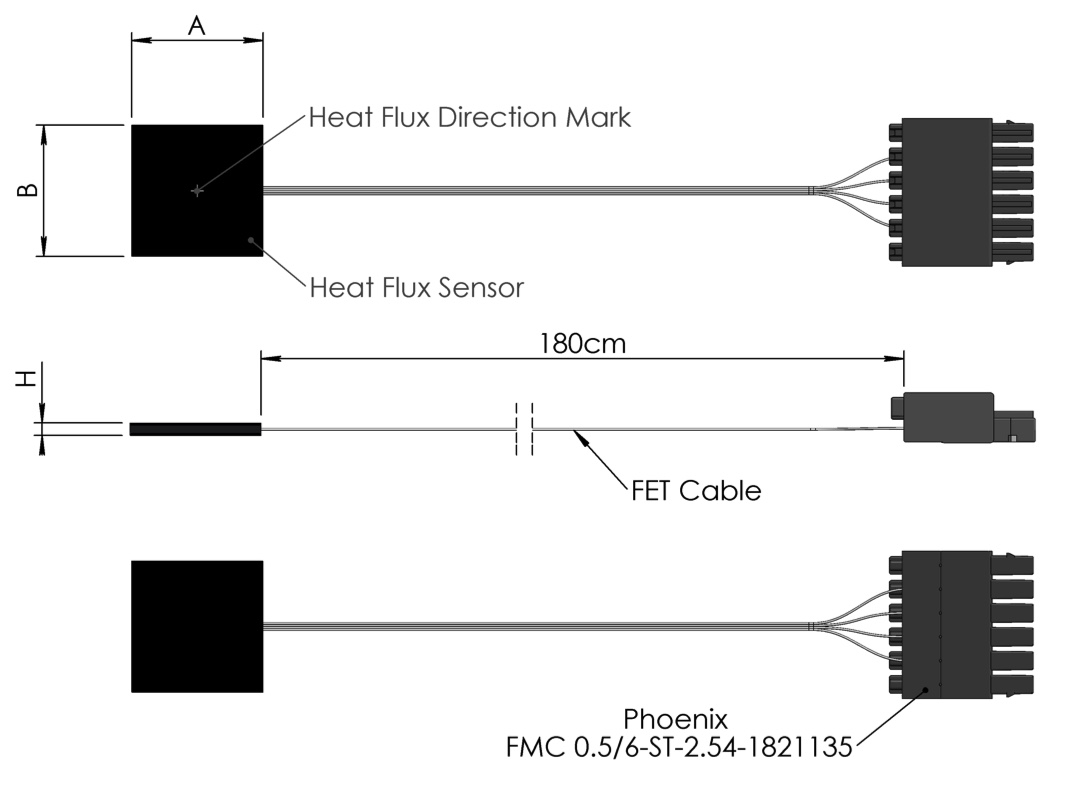